Home Product Reviews What is the Best Free VPN While Traveling? Want to use the best free VPN while traveling abroad? We have compiled a detailed analysis of the best international VPNs to let you access public networks safely while keeping your privacy secured. Plus, if you’re like me and like to relax and watch movies, we’ll also answer “which VPN for Netflix?” because not every VPN service allows you to access your account internationally.

Today, many people work remotely and run their business off-site through their mobile phones and laptops while traveling. Using WiFi makes them vulnerable to risks associated with browsing online.

Even if you don’t have an online business, you’re still exposed to cybersecurity threats. Hackers can skim your information while accessing online banking accounts, using social media platforms, sending emails, and making purchases with credit cards. What is the ultimate solution to access all of these apps safely while traveling abroad?

You use the Best VPNs for travel.

Let’s discuss what a VPN is and how it can benefit you during your journey.

What is a VPN Service?

A VPN (Virtual Private Network) is a service that creates a private network connection from a public network by masking your IP (Internet Protocol) to make your online actions untraceable. Without a VPN, you’re exposed to online security threats because of insecure connections compromising your privacy.

VPN services also allow users to access restricted websites that are censored by particular countries. You may use a VPN on your desktop or laptop and even install its available apps on mobile phones, Macs, and tablets.

Buying a laptop privacy screen filter adds another layer of protection for your data when using your computer in public. This little gadget prevents people from sitting to your side and reading your screen.

Read: What is a VPN and Why are They Important?

Why is a VPN Important for Travel?

When traveling, you use public Wi-Fi to access the internet most of the time. It might not seem insecure at first, but the internet can be a dangerous place if you don’t have the proper protection.

When you use the best free VPN services, your browsing is protected.

Read: 5 Places to Use a VPN While Traveling

Free WiFi is available in almost every airport, restaurant, hostel, cafe, and hotel. Even if we aren’t making full use of these internet networks, a quick connection is enough to expose your private data to severe risks.

Since you’re not the only one using the public network, any other person accessing the same network can easily access your unencrypted data with the right tools. For example, they can see your files, passwords, temporary cookies, and other personal information.

When using WiFi outside your home or office, only a VPN can make your internet connection safe and keep your privacy locked from cyber-attacks.

Is online privacy a concern of yours? While planning your next vacation, sign up for one of our recommended VPN networks. These VPN services are internationally recognized, and each one provides unique features. Give them a shot and secure your online privacy.

NordVPN is our #1 pick for the best VPN for travel.

Offering the next-gen wall of encryption, NordVPN is a nightmare for cyber attackers who try to access your data through public network connections. It’s packed with 20 features that protect you from the risks of online browsing.

It is the fastest VPN of all the services we reviewed. NordVPN is powerful and keeps your internet connection fast, even on public networks. The connection remains stable throughout the session, so you can get your work done efficiently.

One of NordVPN’s unique selling points is that they don’t save your information in their database, making your activity completely logless. It follows every online security standard, including DNS leak protection, internet kill switch, OpenVPN protocol, and 256-bit encryption. What more could you expect from a VPN service provider?

Are you ready to unleash the power of NordVPN to protect your online data? Try it today to enjoy a 30-day money-back guarantee.

Able to unblock millions of websites anywhere, ExpressVPN is a strong choice the best VPN service. Its works well even in repressive countries like China and Iran, where the government and regulatory authorities censor most websites.

The military-grade encryption (256-bit AES) used by ExpressVPN is virtually impenetrable and would take billions of years if current internet technology is used to try to crack its algorithm.

The android and iOS apps are intuitive and easy to use with one click connection feature. Sign up today to receive 30 days for free.

Are you looking for a cheaper solution to continue using the internet while traveling? SurfShark is the best VPN software for you. Across 60 different countries, they have more than 3000 servers, each of which is made to serve every person around different corners of the globe.

SurfShark guarantees your online security with numerous advanced security features. Want to unblock certain websites on the go? Try SurfShark’s VPN that throws away censorship into the bin and unblocks websites like Hulu and BBC iPlayer.

The connection might be slower than its competitors, but it’s not a bad deal for such a low price indeed.

What is the Best Free VPN While Traveling?

Paid VPN solutions are worth it for maximum protection, but occasional users might be just fine with a free VPN service. The best free VPN services offer many of the same protections, but with scaled-back speed, server choices, and data caps. Travelers who plan to stream for long sessions or downloading heavy files, should not use a free VPN service.

Most free VPNs offer starter packages that offer a limited amount of data. You’ll bump up against data limits in a few hours if you try to download a few gigabytes of files, movies, or music. Moreover, most free VPNs do not provide all of the same advanced security features that paid VPNs do. This means that your personal and private information still may have some online security risks.

If you’re an occasional traveler who uses the internet for a short period or someone working with a limited budget, the best free VPN solutions offer some of the protections that you need.

You can’t go wrong with using Hotspot Shield free VPN; that’s for sure. It’s one of the fastest free VPN service providers globally but has a limited data plan of 500 MB per day. But even with those few MBs, you’ll experience lightning-fast browsing and streaming.

With military-grade encryption, Hotspot Shield keeps your free plan secure as if you’re using a paid plan. Whether it’s their mobile app or desktop version, the platform is kept as simple and user-friendly as possible.

When you’re ready for advanced features and more data, you can always upgrade to a better plan.

TunnelBear is another free solution to hide your online identity with ease for free. Since McAfree owns it, you know that your privacy is in safe hands. Their reputation for defending your data is one of the primary reasons we added it to our list of best free VPNs.

One of the things that might hold you back from using TunnelBear is the 500 MB per month usage restriction. It is the worst among the free VPNs we reviewed. Due to its extremely limited data plan for the free version, be careful what you are downloading. Once you hit your limit, your online activity is no longer protected against hackers and criminals.

You can still use TunnelBear for secure connections when you really need a robust VPN solution that’s free and provide fool-proof security.

ProtonVPN provides no data limits for monthly usage! It’s the most attractive feature to make ProtonVPN your number one free VPN solution.

It’s rare to see a free VPN offering unlimited bandwidth, but ProtonVPN makes it possible for its users to use an unending amount of data every month. Furthermore, you can use up to three locations for changing your IP address.

Since it’s free and unlimited, speed may get compromised in peak hours. But if you can bear it, it’s the best free VPN for you as a traveler. To watch Netflix while using ProtonVPN, you must upgrade to the Plus tier or higher.

Which VPN for Netflix?

Whether you’re traveling by yourself or with family, someone will undoubtedly want to watch some movies or shows while traveling. However, Netflix doesn’t always work when connected to international WiFi. So, which VPN for Netflix? In the chart below, you’ll see which of the best free VPN services and best VPN for traveling can connect you to your Netflix account.

Here’s another reason why “which VPN for Netflix” matters when picking the best VPN for traveling. Some movies that are not available in the US are available when using a VPN service to “move” to another country.

Free VPNs are undoubtedly the best option available in terms of affordability. However, sometimes you get what you pay for. Fewer protections, less bandwidth, more ads. Whether you’re at the local coffee shop down the street or traveling internationally, buying a paid VPN plan from NordVPN or the others on this list is the best solution to avoid compromising online privacy.

What VPN network do you personally use when traveling? 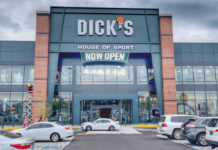 Is The Tennessee Get Out Pass Worth It?