Home Investing Will you be The Retiree Next Door? All of us have the goal to retire… someday.  However, many people aren’t sure which steps to take to make a successful retirement a reality.  An eBook titled The Retiree Next Door interviewed 510 successful seniors to ask how they were able to retire comfortably.  These retirees aren’t entitled millionaires who inherited wealth from their parents, nor are they Wall Street tycoons living the sweet life on the backs of the middle class.  They are people just like you and me, who worked hard, made savings a priority, and sacrificed a little here and there, so they could retire when they wanted to and live the “Golden Years” the way they dreamed about.

The Retiree Next Door movement is so large and so important, that there will be over 70 bloggers writing on this topic and Yahoo Finance has even published an article about it.

If you’re close to retirement, read this book

There’s a great book for people about to retire called The Five Years Before You Retire by Emily Birken.  I liked this book so much that I bought it for my mother-in-law who is planning to retire at some point in the near future…. maybe she’ll watch our kids so we can get rid of that pesky daycare expense!!!

Some amazing stats on retirement savings

We are constantly bombarded with messages that we’re not saving enough, and that if we don’t “hit our number” for retirement savings, we will be doomed.  It IS generally true that Americans don’t save enough, but many of these retirees didn’t save multiple millions of dollar either!  In fact, 69% of the retirees interviewed had saved $1,000,000 or less and 67% of retirees are receiving $100,000 or less in retirement income each year.

What is scary, though, is that while 38% of retirees are worried that they or their spouse will outlive their savings or have a desire to leave substantial assets to family or charity, 1 out of 10 are withdrawing 5% or more of their nest egg each year to fund living expenses. Traditional thinking is that you should withdraw no more than 4% of your portfolio each year, otherwise you dramatically increase the risk of “running out of money before you run out of retirement!”

Maybe this concern is why 19% of retirees continue to work in their “Golden Years”? They need to supplement their income because they did not save enough.

What and when did retirees save?

First of all, most these retirees earned this money themselves. Only 13% of retirees received a significant financial windfall (like an inheritance, spousal pension, gift or winnings) that was 25% or more of their retirement assets.

Almost 70% of these retirees worked at a small or large company or were public sector employees. Only 14% were self-employed. Translation… you can “work for the man” and still retire comfortably!

Although I get frustrated at times with my day job (or the people at my day job), I still appreciate that I receive a 401(k) match and profit sharing contributions each year that, combined, exceed what I contribute to my 401(k) personally.

I’m sure that most of these retirees’ nest eggs are also much larger thanks to the contributions from their employer.

The retirees really got serious about retirement in their 40s… probably after getting established at work, popping out a few kids, and buying a home. You know, grown up stuff. Saving for retirement is the rational next step! How do they spend their money?

Only 1% of retirees spend lavishly… and those are obviously the people with nest eggs in the $10,000,000+ range, which coincidentally is also 1% of the retirees interviewed.

65% of the retirees spend enough to live comfortably, but they are still are taking the necessary steps to minimize the risk of running out of money:

The retirees are generally not living in cramped quarters or in “questionable” neighborhoods, either. 81% living in middle class or upper-middle class neighborhoods. I’m sure that you know of several people that fit this description close by. I know that I do.

Although we all hate the word “budget,” budgets are key to retirement success. 62% percent of retirees stick to a budget of some kind, whether the budget is monthly or annual… or for those who truly need a new hobby, some budgets are daily or weekly. Somebody please take these people out for a walk or treat them to a show. They are obviously lacking something to keep them busy!

What should you do to become The Retiree Next Door?

I highly recommend you check out a great documentary film called Broken Eggs, which is about normal people like you and me who haven’t taken the right steps yet for retirement, but have realized they need to make a change… and are doing so!

The most important thing to do is to start saving…. NOW.  The longer you wait, the more you’ll have to save as you get older to arrive at the same number.  As you saw in the graph above, as people get older they save a greater percentage of their income trying to catch-up.

I recommend that you get ahead of the curve and start saving now.  If you’re already saving, that is FANTASTIC.  But, I challenge you to log into your retirement account right now and increase your savings rate by 1%.  You won’t miss it.  I promise.  And, when you get your next raise, increase your savings rate by another 1% or 2%.  These small steps will have a HUGE impact on your retirement savings by the time you retire due to the magic of compound interest.  If you don’t know what “compound interest” is, don’t worry about it… it’s a good thing that helps you achieve your goals.

No matter where you are in life, it is never too late to start saving for retirement.  You don’t have to jump into the deep end of the pool to get started, either.  You can start small and build momentum towards achieving your goals.  Open an 401(k) account at work or an IRA through a company like Vanguard or Fidelity online and start with the minimum.  Then, once you get comfortable, increase your contributions periodically until it is just a wee bit painful… then you’ll know you’ve reached the right amount.  The pain will go away shortly, and you’ll being to wonder why you didn’t start earlier.  Don’t beat yourself up… instead, congratulate yourself on the progress you’ve made so far!

To order the The Retiree Next Door eBook, click here.  It is free through September 30, 2014.

Join the BaldFinance.com newsletter to stay up-to-date with the latest news, specials, promo codes, and interesting stories about personal finance. 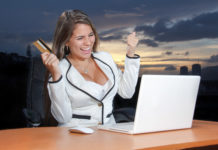