We want to thank our friends at Visit Orlando for sponsoring our recent trip to Orlando.  They helped us explore all of the best things to do in Orlando that aren’t Disney.

Best things to do in Orlando that aren’t Disney

You could fill up an entire vacation to Orlando without ever stepping foot on a Disney property.  There are theme parks, professional sports, theater shows, local attractions, dining experiences, and the US Space Center.  Here are the best things to do in Orlando that aren’t Disney.

Even though Disney operates multiple theme parks in Orlando, they aren’t the only game in town.  You can save on theme park tickets by buying from Visit Orlando, Best of Orlando, and Working Advantage, to name a few.

Universal Studios and Islands of Adventure

Universal Studios has two theme parks (Universal and Islands of Adventure) and the uber-popular Harry Potter worlds that feature a themed train ride between the two available if you have a park-hopper pass. Click here for Trip Advisor reviews of Universal Studios and here for the latest ticket prices.

Sea World also offers a theme park in Orlando. As a parent, I favor parks like Sea World so that kids can be educated about animals and watch them in person versus just reading about them in books or watching videos of them. To me, there’s something more “real” about seeing them in person so the kids can better understand their behaviors and have context of their size.

Although Legoland Florida is about a 30-minute drive from Disney, it is another fun theme park to explore. For kids ages 3 to 10, Legoland has to be one of the best theme parks because you have a mixture of rides, shows, and interactive exhibits. And kids just love playing with Legos and Duplos! Spread across the park are places for kids to play with buckets full of Legos. If your child brings a Lego character with them, they can even trade it with the staff. How cool is that? 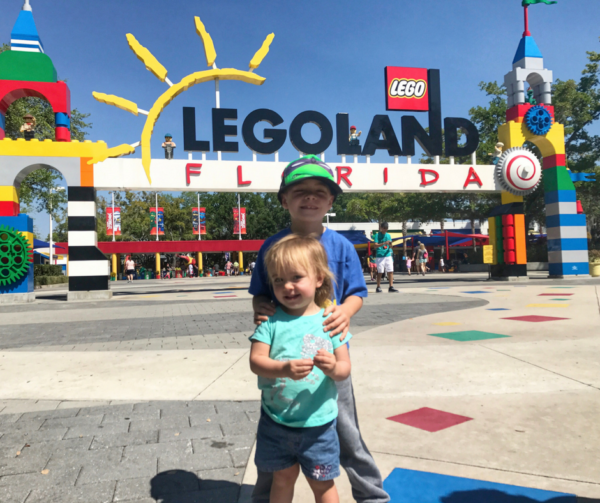 One of my goals is to see a game in every professional stadium for all NBA, NHL, MLB, and NFL teams.  Hitting up a professional sports event is definitely on my list of the best things to do in Orlando.  In Orlando, they have the Orlando Magic basketball team, which plays at the Amway Center.

The NBA season runs from November through April and playoffs run May and June, so plan your vacation accordingly if you want to see the Orlando Magic play. I haven’t seen the Magic play yet, but I hope to the next time I’m in Orlando.

Orlando is also home to minor league hockey and baseball teams, so you should be able to catch a game any time of the year.

If you’re budget conscious like I am, you’re looking for family-friendly fun that doesn’t break the bank. With theme park tickets averaging close to $100 per person, you need to incorporate some affordable local attractions into your vacation so you don’t have to sell a kidney to pay for it all.

During our most recent vacation in Orlando, we visited the I-Drive 360 entertainment zone, which was a 5-minute drive from our hotel, the Hilton Grand Vacations Club Las Palmeras. We rode in the Orlando Eye and enjoyed it, especially while Mommy and I sipped on a little champagne.  It was a slow night, so the workers let us have our own pod to ourself.  Super cool.  We enjoyed looking at the twinkling lights, but I think we would have enjoyed it more during the day because then we could have used the maps to see where everything was. In my opinion, one of the best things to do in Orlando is to take a swamp tour on an air boat.  Although they are generally safe, we weren’t comfortable taking Scarlett on an air boat at 2 years old.  If she gets the squirmies and wants to run around in the middle of the tour, there’s nothing you can do except listen to the toddler scream and cry.

But, a swamp tour is totally tops on my list the next time I visit Orlando. A smidge of danger, a little speed, and open water in the bayou equals a whole lotta fun in a unique experience that can only be found in the South.

For a list of the best things to do in Orlando, reach out to the good people at Visit Orlando or download their app for Apple or Android to learn about all of the local attractions.  I signed up for their emails and had them mail a guidebook ahead of time so I could plan out our vacation more easily. Ok, I waited until I was on the plane to do my research… but that’s why I tend to request paper versions of guidebooks because you never know if you’ll have Internet access available.  At least I had several hours of quiet time on the plane to focus on all of the fun activities we were going to do! And now through November 28, 2017, you can save 10% off your entire order of already discounted tickets.  This can add up to some pretty big savings, especially for a family of 4 like mine.

When we were in Orlando, I was surprised by the wide variety of dining options. Of course, there are the normal fast food options and many chain restaurants that we all have at home. But there are also a ton of restaurants and dining experiences that may have never heard of… but should totally try.

In the 2-3 weeks before your Orlando vacation, visit Restaurants.com, Groupon, and LivingSocial to see what dining experiences are available. This is a way to uncover hidden gems where the locals hang out and you’ll save a ton of money on your tab. When I use Dosh at participating restaurants, I usually get 7-10% cash back.  And you can get up to 10x on the cash back with the Dosh Cash Back Multiplier!  All of this cash back stacks with Dining Rewards and the miles I earn from my credit card!

Orlando offers numerous theater shows to enjoy. There are themed dinner shows like Medieval Times and Treasure Tavern that offer a mixture of fun and spectacle.

There are also themed dining experiences to try, like the Treasure Tavern, that you can’t find anywhere else.

There are also mystery dinner shows that are quite fun but are better suited for adults and mature teenagers.  So make sure you read the description before booking a reservation.

And other shows that are more serious in nature and are similar to what you’d find on Broadway in New York City.

For adults and older children (I’d say 6+ years of age), the Kennedy Space Center should be on your short list of best things to do in Orlando that aren’t Disney. As a kid, my parents took me to Kennedy Space Center and I have memories of being amazed at how large the rockets were. There are numerous interactive exhibits, a museum to explore, and you can even “train” to be an astronaut.

In my opinion, every kid deserves a couple Disney vacations in their life.  Disney has family fun down to a science.  However, you would be doing yourself (aka your wallet) and your family a disservice if you didn’t explore all of the other great things to do in Orlando that aren’t Disney.  Whenever we visit Orlando, we explore Disney for a couple of days and mix in a variety of other experiences to round out our experience.

If you’re still set on going to Disney, check out my friend Dia’s book, Disney World Hacks.  It’s chock-full of tips and secrets to help you save money on a Disney vacation.  You can buy it from Amazon… or you can save $1 by buying it directly from Dia when you use my promo code “BALD“.  And both options come with free shipping!

What do you think the best things to do in Orlando that aren’t Disney?

Thinking of getting a new credit card?  To see the best credit card offers available, go to our credit card marketplace to find your next card. Best Things to Do in Bowling Green with Kids: Caves, Kangaroos & Corvettes The Best Travel Suitcase For Kids

The Best Things To Do In Milwaukee With A Child