Home Money I’m Saving $200 A Month With Solar
This post may contain affiliate links that pay us when you click on them.

When we bought our home a few years ago, we brainstormed on all the ways we could save money.  Replacing the non-working A/C and furnace with an energy-efficient model.  Check.  Replacing the windows from 1972 with dual-pane Low “e” glass.  Check.  Top off the attic insulation with blown-in insulation.  Check.  Add solar panels to our roof to lower or eliminate our electricity bill.  Whoa!  That’s a LOT of money.

And, so we waited for a year as we paid off the A/C, furnace, and windows.  We did our research on the pros and cons of buying vs. leasing, the companies that offered solar, and whether or not it would benefit us.

After investigating several companies (such as Sungevity, Verengo, Costco, and SunPower), we chose to go with SolarCity because they offered the best terms.

Anytime you make a major move, like buying a house, you won’t fully realize the impact financially until you’ve gone through a full calendar year.  We weren’t sure of A/C bills during the summer and heating bills during the winter.  And, since we moved from LA County to Orange County when we bought our home, how would changing utility providers affect our monthly bills?

We thought we had a good handle on our bills, so we signed up with SolarCity in late-January 2011.  We knew we’d have a full year to ensure we made the right decision because we live in Anaheim, and they have their own utility company, so their rules are different.  Their application window for generous rebates only opens once a year in early-January.  We had missed the window by 2 weeks.  Oh well, at least we’re first in line for next year, we though.

Well, we thought we signed up.  January 2012 came around, and we don’t hear from the company.  We were busy with our almost 1-year old son, so we weren’t focused on it.  Finally, around September 2012, I come across the paperwork again.  I call to find out what happened.  Turns out that the person we signed up with had left the company and never finished our paperwork, so it sat at his desk untouched and unnoticed.  What the heck?!?!

It actually worked out for the best for our family because we bought a Chevrolet Volt in July 2012.  We’re saving a TON of money on gas, but our electricity bill obviously went up.

By my calculations, our average monthly bill was $138 before we got the Volt and that went up to an average of $250; an increase of $112 per month.  With our average mpg of 140 over the last 16 months, we surely profited from that transaction.  Our usage went up by 348 kwH per month, which meant that we needed a bigger system if we were to reduce our electricity usage down to the “basic” tier, which charges the lowest rate.

How Did Things Work Out?

The good people at SolarCity made a bad situation right by honoring the previous pricing and had us signed up properly this time!  They even allowed for the larger system given the Volt purchase and increased A/C and heat usage with our newborn.  (You can be sure I followed up first thing January 2013 to be sure!  Thanks Google Calendar for the reminder!!!)

Our system was approved by the city’s utility company, so we waited for our plans to be finalized.

The system was installed at the end of May.  And it has been awesome!

What Have Our Bills Been Since?

A couple of our friends have been able to eliminate their bills entirely.  We haven’t for a few reasons:

Our bills have still been nothing short of tremendous!

Our average, even during the five hottest months of the year – June, July, August, September, and October has been $54, which is $196 lower than before!!!  Our October bill was only $31.

And our electricity production has been awesome! As you can imagine, the production will drop during the winter months, but so will our usage of A/C.

What Does It Cost To Get Solar?

The all important question.  Yeah, so we’re saving $200 a month… if it costs $300 a month, it’s not a good deal.  When evaluating a deal, you always have to look at the net impact, not just what you’re saving.

Now, with the savings of $200 a month, I put that into a savings account in order to pay myself back.  Eventually, I’ll redeploy that money into something that will earn better returns than the sub-1% that online savings accounts (like Capital One – formerly ING Direct) pay today.

Adding solar panels to your home can be a great idea, but it doesn’t work for everyone.  Some of my friends were interested, but their electricity bills were too low for the math to work.  I’d suggest that you explore the various companies to see if solar will work for you.  If it does, please comment below and let me know your experiences… good and bad. 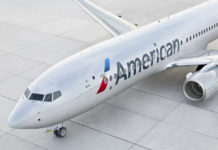 Save Even More Money Buying From Amazon.com