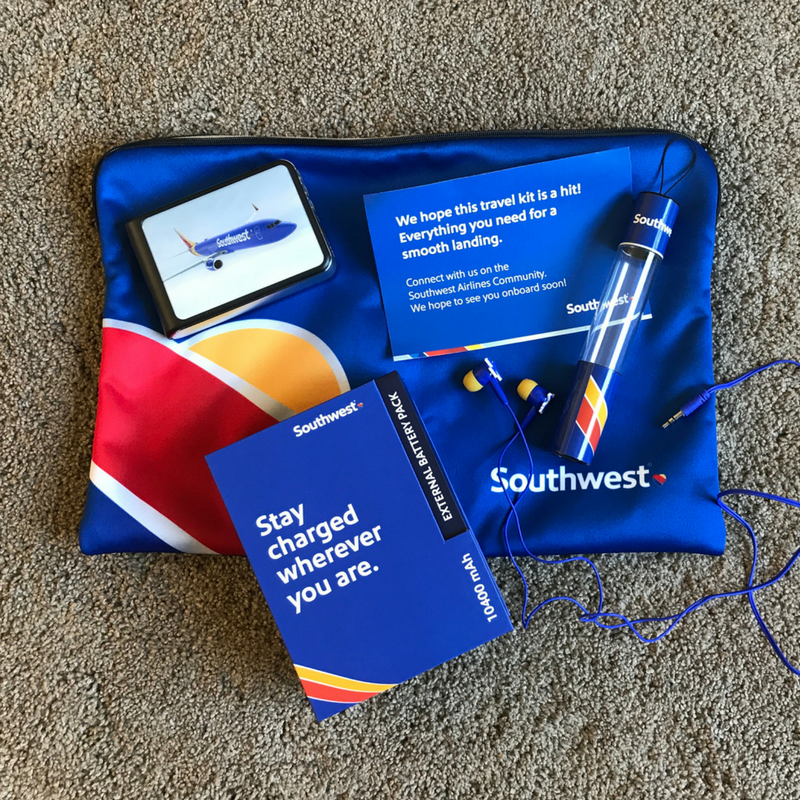 There have been many articles posted recently about whether or not Twitter is valuable in interacting with brands.  Some companies don’t see the value, but many do.  Southwest is one of those companies.  We were traveling on an early flight out of LAX to the Jacksonville, Florida, for a weekend with family at Holiday Inn Resort Jekyll Island.  I was joking around and posted the Tweet below and tagged Southwest.  What the Southwest Airlines Twitter Team did next was simply awesome!

I wasn’t expecting a response from the Southwest Airlines Twitter Team.  I was simply tagging a brand that I love.  Their response was unexpected and a little cryptic.

Shortly after I Tweeted, the Southwest Airlines Twitter Team replied with the following.  Hmm, what would they do?

Let’s turn that frown upside down. DM your Rapid Rewards number so we can sweeten up thos early morning flights. ^LN

I DM’d Southwest and they replied with a message giving me a free code for in-flight wifi.  That’s pretty cool, right?

But that’s not all.  About two weeks later, I get home from work and there’s a surprise package from the Southwest Airlines Twitter Team waiting for me.

Check it out as I open the package for the first time.

Inside the package were a 10400 mAh battery cell, earphones with little airplanes on them, and a soft bag that could protect my iPad or computer while traveling.  So very cool.  And totally unexpected!

Here is a better picture of the items that Southwest Airlines Twitter team sent me in case you missed it in the video.

You never know when your Tweets are being watched.  Twitter has been a great tool for me in resolving problems.  This is one of the first times that such a cool, unexpected surprise came from showing my love for a brand that I use all the time.  So, keep in touch with your favorite brands via Social Media.  You never know when you’ll be the next to receive an awesome surprise!

Have you ever received a cool response from a favorite brand via Social Media?  Share your experience in the comment section below. Save 25% on Southwest Flights for Christmas & New Year’s